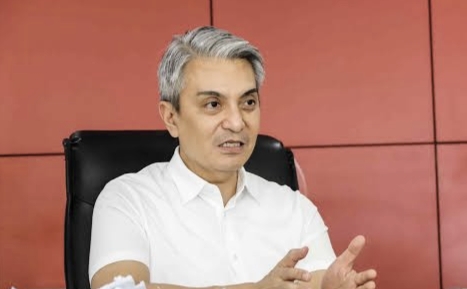 Although Mayor Toby Tiangco of Navotas City did not say it, but taking the Chinese Sinovac vaccine is like a “betrayal to the country and has the feeling of being hostage by China who has the upperhand on West Philippine Sea.”

Tiangco explained in an ANC interview that he has his reservations on the Chinese vaccine not because of its “medical efficacy” but because of the Philippines’ issue with China on the West Philippine Sea.

Tiangco will be taking Sinovac vaccine after the IATF has allowed Metro Manila mayors to be vaccinated with the Chinese brand.

“Kung umangal kayo, e di ihinto namin ‘yung bakuna. Parang ganoon lang ‘yung dating sakin eh (If you object against our presence on the West Philippine Sea, then we will stop supplying you the vaccine. That’s what I’m seeing),” he added.

He will still have to get the vaccine to prove to his constituents that it is safe even if he feels “prostituted about it.”