Families reinvent the Disney Experience with Globe At Home 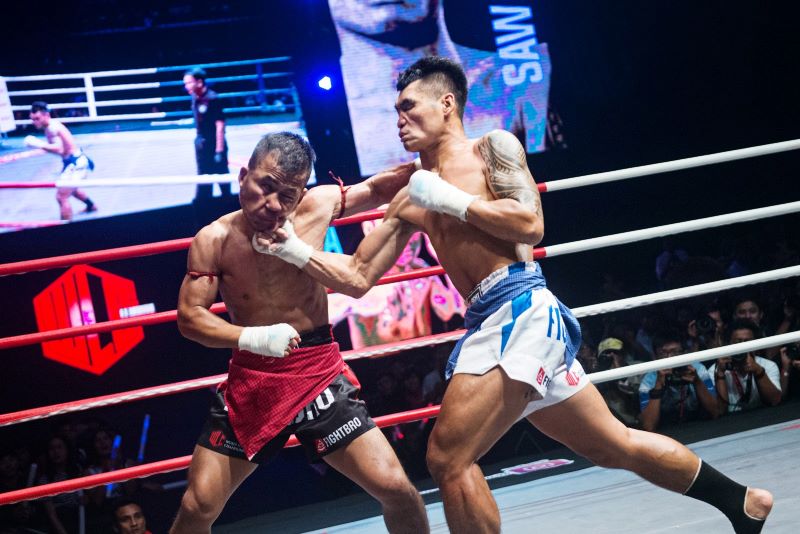 LETHWEI is becoming one of the fastest-rising combat sports in the world today due to the sheer ferocity that transpires in the four corners of the ring.

Originating from Myanmar, competitors are allowed to use practically any kind of offense in the book, including head-butts, punches, elbows, knees, kicks, clinching, sweeps, and throws in order to win a match.

Since its inaugural event, WLC has held almost 20 sold-out events across Myanmar. Its success attracted the biggest names in the martial arts industry to join the organization, including Canadian superstar Dave Leduc and Filipino-Australian sensation Michael Badato.

After solidifying its stature as the sport’s ultimate proving ground in Myanmar, WLC has its sights set on extending its reach globally. One of its targeted cities is Manila, Philippines.

“The Philippines is a hotbed for combat sports and the fans are some of the most passionate in the world. Filipino combat sports athletes have all the skills to translate well into Lethwei, and I truly believe that there could be a Filipino world champion in Lethwei in the near future,” he said.

In spite of his admiration for Pinoy fighters, questions arose as mystery shrouds the identities of the athletes who are on the head honcho’s radar.

Here are four of the country’s homegrown talents who are readily available in the free-agent market and could create a huge impact as part of the growing WLC roster.

A Filipino wushu practitioner, Jean Claude Saclag won the silver medal in the 2014 Asian Games and was one of the many combat sports athletes who turned heads in the recently-concluded 2019 Southeast Asian Games.

After a five-year hiatus, the 26-year-old from Kalinga donned the Philippine colors once again—this time in the sport of kickboxing. He was nothing short of exceptional, emerging victorious in the finals of the men’s 63.5-kilogram low kick tournament by defeating Malaysia’s “Jordan Boy” Mohammed Bin Mahmoud.

Saclag earned a rousing win at the expense of Mahmoud, a Muay Thai competitor in ONE Championship’s “Super Series” all-striking league. Right off the bat, the Malaysian felt the pain of the Filipino’s power strikes from bell to bell, eating a stunning right hand and a crisp left hook that had him on wobbly legs.

The Team Lakay member appeared on his way to finishing the match in the second round when he uncorked a perfectly-executed sidekick to the midsection. Although Mahmoud miraculously survived the onslaught, the punishment continued in the third and last round, putting him on the receiving end of more harrowing blows.

If his emphatic SEA Games performance was any indication, he could transform into a lethal weapon on the Lethwei stage.

Hailing from the province of Benguet where the fabled Team Lakay is based, Ariel Lee Lampacan started to immerse himself into martial arts at the age of 14. It only took him less than 12 months to be hailed as the best junior Muay Thai practitioner at the 2013 Batang Pinoy.

From then on, Lampacan never looked back, copping medal after medal that caught the attention of Billy Alumno and the Muay Association of the Philippines. As part of the national team, he represented the country in various international tournaments like the 2019 SEA Games.

Lampacan, who worked as a miner at a young age before becoming a combat sports athlete, topped the 54-kilogram category in the regional biennial meet. He edged out Thailand’s Sakchai Chamchi, 29-28, to nab the gold medal.

Known by the moniker “Filipino Assassin” due to his calculated but aggressive offense, Ryan Jakiri is a six-time Philippine national Muay Thai champion.

He is remembered for his highlight-reel victory under the Kunlun Fight banner in April 2014 when he made quick work of former OPBF Intercontinental titlist Ou Yang. He knocked his Chinese opponent out cold with a high kick and a follow-up overhand right in the first round.

Jakiri made an appearance in ONE Super Series in October 2018, but he yielded to Han Zi Hao by way of first-round knockout. He experienced some sort of redemption from that heartbreaking loss by accomplishing a silver-medal finish in the 2019 SEA Games.

Fritz Biagtan is among the new breed of prizefighters that gives a glimpse of how bright the future of the local combat sports industry in the Philippines is. At only 25, he has demonstrated the gallant spirit of a true Filipino warrior, winning the URCC strawweight title in just his third MMA fight as a pro.

Biagtan successfully defended the belt against compatriot Solomon Dultra via third-round technical knockout in August 2017 before he relinquished it to Anthony Do via submission a year later.

He laced up a pair of eight-ounce gloves at Rizin 15 in April 2019, squaring off with Japanese kickboxing phenom Tenshin Nasukawa in a losing effort. Meanwhile, Biagtan likewise dabbled in boxing, effortlessly putting away Uzbekistan’s Shekhnazar Yusubov in the second round of their March 2018 bout.

His father and head trainer Ray revealed that they are exploring new opportunities after the contract with the URCC expired in late last year. According to the family patriarch, they are willing to sit down and negotiate with any major promotion.