POC approves ‘Have money, Will travel’ for 80 athletes in SEAG appeals’ list 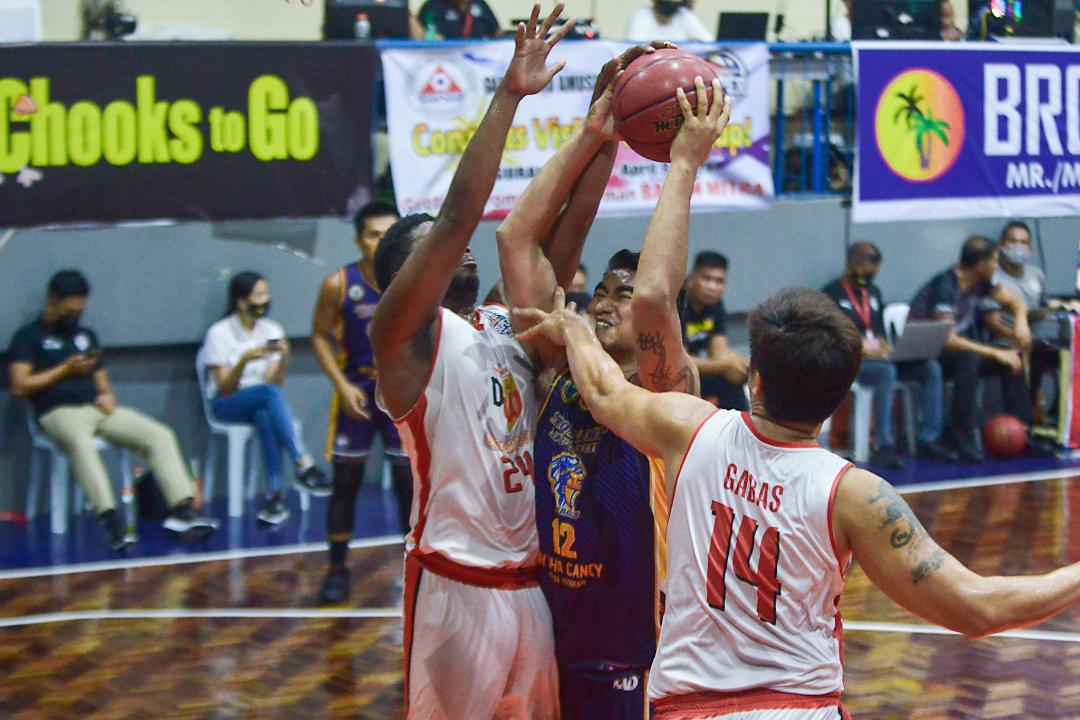 ALCANTARA — ARQ Builders Lapu-Lapu rode the hot hands of veteran Reed Juntilla as it gave Dumaguete the boot, 92-76, in the knockout quarterfinals of the Chooks-to-Go Pilipinas VisMin Super Cup, late Sunday night at the Alcantara Civic Center here in Cebu.

Juntilla had his best performance of the competition so far, tallying 33 points on an efficient 16-of-26 shooting from the field. The University of the Visayas product added seven rebounds and a steal to power ARQ to the next round.

“Reed Juntilla is Reed Juntilla,” marveled ARQ assistant coach Jerry Abuyabor of the crafty wingman. “He’s finally back! That’s the Reed Juntilla we have been missing for the past games.”

Facing a battered and exhausted Dumaguete squad who were coming off a 67-65 overtime win against Tabogon in the playoffs last night, ARQ seized the advantage in the third which they ended with a 14-2 run to take a 64-52 lead to the final frame.

The Heroes raised their lead to 15 early in the fourth but the Warriors persevered and sliced the deficit to just six, 71-77, as Ronald Roy caught fire and scored 11 straight points, highlighted by three straight three-pointers.

However, ARQ simply had too much talent, length, and height as Rino Berame scored on a putback and a short jumper to bring their lead back to 10, 85-75. Juntilla then hammered the final nail in Dumaguete’s coffin, hitting a triple from the wing to put ARQ up by 12, 88-76, with just 2:07 remaining in the game.

The victory gave ARQ the last ticket to the semifinal round where they will take on KCS Computer Specialist-Mandaue on Tuesday at 6 PM, with the latter owning a crucial twice-to-beat advantage.

Ferdinand Lusdoc also had a huge impact in the victory by ARQ has he had 16 points, seven rebounds, and five assists while Dawn Ochea chipped in 10 points, seven boards, an assist, a steal, and a blocked shot.

“Our guards did a good job running on the transition. We give a lot of credit to Jerick, (John) Abad, and Rendell (Senining),” shared Abuyabor. “They were there to lead the boys to victory.”

Dumaguete, a squad that entered the playoffs as the fifth seed with a 2-8 slate, was paced by Roy, who had 30 points on 11-of-22 shooting from the field and eight rebounds.

Mark Doligon had 18 points, six boards, three assists, two steals, and a block. The Warriors, though, missed the usual production of star guard Jaybie Mantilla who managed just seven points on 2-of-10 shooting.