Gas up and pay later with GCash

Discovery Shores Boracay is in the Roblox Metaverse

PH SEAG finish in Vietnam nothing to be ashamed of – Ramirez

Reasons that make the LG UltraGear, the Ultimate Game Changer 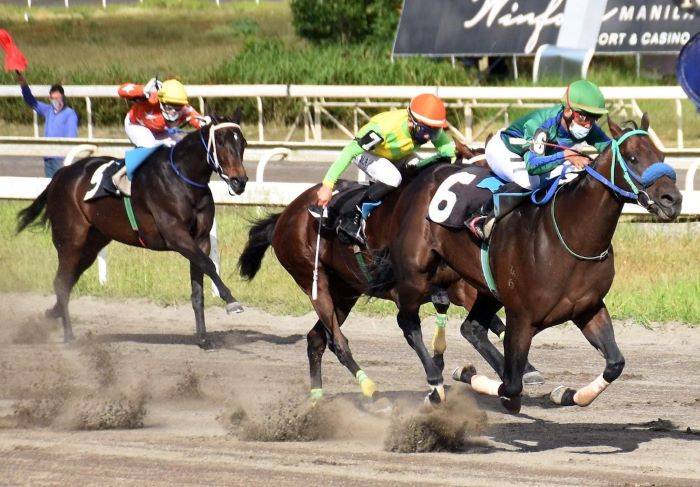 SIX imported and local gallopers are entered in the centerpiece event of the PASAY ‘The Travel City’ Racing Festival, which is now on its eighth straight year, set Saturday (Dec. 18) at the MetroTurf in Malvar-Tanauan, Batangas.

This exciting race will be the highlight of the day-long racing extravaganza honoring the City of Pasay as the premiere tourism gateway of the Philippines which is being hosted annually by the Metro Manila Turf Club.

The winner of this race will be going home with the top prize of P300,000 plus a very handsome trophy. The winning trainer and jockeys also receive an elegant crystal trophy each. The runnerup gets P112,500 while the third and fourth placer receive P62,500 and P25,000, respectively.

This is a keenly-awaited race and all the entries are given big chances of pulling off surprises. The 1,600-meter distance by which the race will be disputed will bring out the best not only among the horses but also among the participating jockeys.

There will be 10 other Trophy Races to be disputed during the day with an added prize of P30,000 to the Winner only plus trophy, and another P180,000 courtesy of the Philracom going to the top four placers.

Two 40-inch flat screen TVs will be raffled off among the 14 winning trainers and jockeys while all the 14 winning grooms will receive a 25-kilo sack of rice each.

Pasay City Rep. Tony Calixto and various officials of Pasay City, which recently celebrated its anniversary, are expected to grace the event.